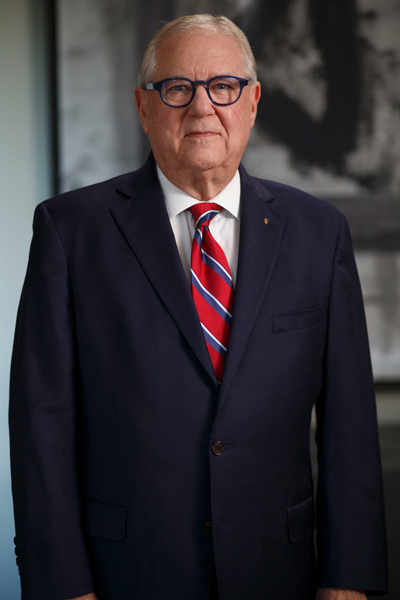 Request an Appointment
David N. Appleby was born in Springfield, Missouri. He graduated from Ozark, Missouri High School, Missouri State University (BS Economics), and the University of Missouri, School of Law (JD). In addition to serving the Western District of Missouri, he is licensed to practice before all Missouri Courts and the U.S. Supreme Court. David has practiced law since 1976, and has served as the Prosecuting Attorney for Christian County, Missouri and as a Municipal Judge. Additionally, David has been active in numerous law related activities, including serving as the President of the Christian County Bar Association and as Chairman of the Regional Missouri Council on Criminal Justice.

Now a retired Colonel, David has extensive Active and Reserve service in the U.S. Army. He is a Vietnam veteran and has received numerous awards and decorations, including the Legion of Merit, the Bronze Star and the Combat Infantryman’s Badge.

David is also active in a number of civic organizations and has served as a member of the Board of Aldermen for Fremont Hills, Missouri. Recently, David served as President General (national president) of the Sons of the American Revolution (SAR). In addition to the SAR, David is a member of several charitable, patriotic, hereditary, fraternal and veterans organizations, including the Sovereign Military Order of the Temple of Jerusalem (Knights Templar) where he also served as the national president; Venerable Order of the Hospital of St. John of Jerusalem; Ancient Free & Accepted Masons (Blue Lodge, all York Rite bodies, Scottish Rite 32 degree and Shrine), Military Order of the Loyal Legion, Veterans of Foreign Wars, Disabled American Veterans, American Legion and Military Order of the Purple Heart.