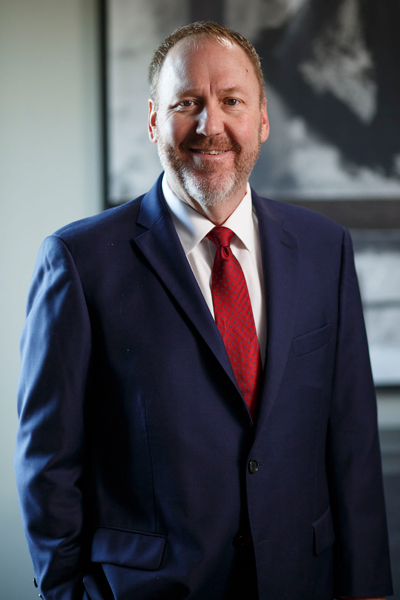 Request an Appointment
Bryan Berry joined Appleby Healy in 2021 after serving since 2017 as Assistant Attorney General for the State of Missouri. Bryan is a 2002 graduate of the University of Missouri-Columbia School of Law, where he was Senior Note and Comment Editor of the Missouri Law Review (in which he is twice published), Top Ten Oral Advocate, and recipient of the Roscoe Anderson Award for Excellence in Advocacy. He holds a Master of Divinity degree from the Southern Baptist Theological Seminary in Louisville, Kentucky, and studied for a year at Oxford University prior to graduating with honors in 1991 from William Jewell College.

Prior to his service with the Missouri Attorney General’s office, Bryan owned and operated a solo law firm in his hometown of Mount Vernon, Missouri, providing legal services in the areas of litigation, estate planning, real estate transactions, criminal defense, contracts, and domestic matters, and proudly serving as a member of the leadership team of the Lawrence County drug and veteran treatment court programs.

For five years, he practiced in the civil litigation group of a nationally recognized AmLaw 200 firm based in Kansas City and with offices from Los Angeles to New York, including an office in Springfield, Missouri, where he represented clients in contested matters in state and federal courts from Alabama to Connecticut to the Supreme Court of Missouri.

Bryan served the citizens of Greene County, Missouri as Senior Assistant Prosecuting Attorney from 2004-2007, successfully prosecuting, to judges and juries, hundreds of cases involving property crime, weapons offenses, crimes against children, and homicide. This service followed two years as judicial law clerk to the Honorable Phillip Garrison of the Missouri Court of Appeals, where he researched and drafted scores of appellate opinions in criminal and civil matters.

Bryan serves on the board of directors of Springfield Boys Choirs and the benevolence committee of his local church, where he is an active member of the choir and worship team. He is a member of the Missouri Bar, the Springfield Metropolitan Bar Association, and the United States District Court for the Western District of Missouri. Bryan and his wife are the proud parents of three children.